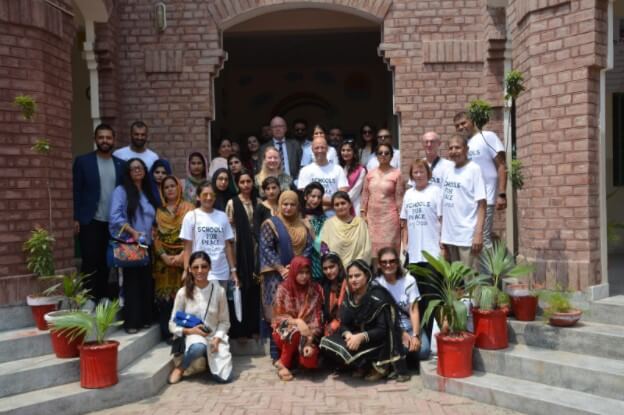 I have recently volunteered my time towards furthering the cause of TCF Norway. Following in the footsteps of The Citizens Foundation of Pakistan, the not-for-profit organisation seeks to educate the 23 million children in Pakistan with no access to schooling. Twenty five years since its inception in 1995, the Citizens Foundation has sought to spread, enhance and embed the importance of education in the minds of the Pakistani population at home and abroad. Through the pillars of their teaching – creative and critical thinking, conceptual knowledge, confidence, core values and communication skills – their aim is to give the youth of Pakistan an opportunity to define, demand and implement their own future. With schools across 700 sites in Pakistan, their remarkable progress still has further ground to cover.

The ‘schools for peace’ that TCF Norway funds aim to provide the youth of Pakistan with the opportunity to recognise their education as a human right. Since 2015, the team in Oslo, spearheaded by a group of the large Pakistani diaspora in the region, volunteered their time away from paid work and from their families, to mobilise support and collect funds to educate underprivileged youth in Pakistan. Their first successful milestone was the construction and enrolment of children in the flagship ‘Viking school’ in 2019, outside of Lahore. Before moving on to build another school, their goal is to ensure that those currently enrolled at the Viking campus will have stable and sustainable funding, that allows them to stay in school until they graduate. They hope to reach this target in the coming months, through the support of dedicated donors and readers like you.

The statistic that 23 million children in Pakistan do not have education is one that comes as a shock to non-Pakistanis, but unfortunately does not surprise anyone who has spent some time in the country. There are underprivileged children in homes, serving the upper-classes and following the footsteps of their parents and grandparents as house workers. There are children in the offices, serving the educated workers chai and coffee. There are children on the streets, begging for money every time a car drives by, tapping on the windows, making us avert our eyes and look down at the ground in shame. There are Muslim children in the mosques, learning to recite the Quran in a language they do not understand, without being taught to read and write in their national language, or to think for themselves, or to question. There are children everywhere, it would seem, except school.

How did this come to be? Donors in Norway are right to ask, and are right to question why the charity of the Norwegian population is required when, in Norway as in many advanced economies across the world, education is the responsibility of the state. I provide a brief explanation below, in the hopes that you will be inspired to further TCF Norway’s ambitions, and contribute to the education of a group of children that without the efforts of The Citizens Foundation, would have few other places to turn.

Pakistan was founded in 1947 on the basis of providing a safe haven for those who were persecuted in India. Partition was a bloody affair, but August 14 was, for many, a date to start hoping again. Religious tensions prior to partition were at an all-time high, but the founder of Pakistan, Muhammad Ali Jinnah, endeavoured to create a secular state that would bring respite to many of the people that had been forced from their homes and their lives, to become the first Pakistanis; to be free. He famously said:

In addition, he spoke of the importance of Pakistan’s collective morality, it’s intellectual force, and the power of the pen, which he believed to be ‘no less mighty’ than that of the sword. These beliefs were based on an Islamic ideology, adapted from a humanistic reading of the Quran.

Jinnah’s secular vision for a free society, unfortunately, did not last long after his death. Today, Pakistan is internationally understood to be an Islamic republic. However, a re-read of the Quran will find that most of Islam’s central tenants are not adhered to in the land of the ‘free’. The years since Jinnah’s death in 1948 laid to waste the ideology of peace and knowledge that he had hoped to mould Pakistan around. Today, freedom in Pakistan – religious or otherwise – is a popular myth, and the actual ‘business of the state’ of Pakistan is unknown or distrusted by many of the Pakistani population. There is no safe haven for the underprivileged children of Pakistan, of any religion. There is no infrastructure for sound education for the youth of Pakistan. Instead, their rights have been traded away for inequity, corruption, oppression, sectarianism. They have no pens, or training in words, with which to yield the power and freedom that Jinnah promised.

If not for organisations such as TCF, the fate of Pakistani youth that cannot afford private education would lie on the streets, or indoctrination. Due to the inability of the Pakistani government to build and service a sound state-led education system, the underprivileged youth – when Muslim – often end up turning to mosques, to preachers, to mis-readers of the Islamic doctrines, who discredit the notion that the pen is mightier than the sword – instead, they educate them with a call to arms.

Anyone who reads targeted segments of the Quran, or the Bible, or the Torah, can be incited to violence. However, when read as a whole, with understanding, all the books share the central themes of compassion, of justice, of equity, of hope. The children of Pakistan with no access to school, who seek shelter instead from their religious leaders, are taught the Quran in its entirety, yet in a language they cannot understand. They are not taught critical inquiry, nor are they taught the rich history of other religions that fed into the creation of Islam as a discipline. They are taught to recite, without question, to repent, for sins of others doing, to incite violence, against anyone who dares to question. Female children are not given access to this education – they are told to stay at home, or to start work, or to get married. For the boys, turned to men, that receive it, they are taught to oppress the other sex, to ridicule notions of progress, to seek to destroy, rather than reform the society around them. To reform, or oppress any religious minorities who try to co-exist with them.

The machinery of government in Pakistan has long been mired by an inability to move society away and above petty claims of relative righteousness to provide safety, shelter, nutrition and education for its population. In response, the people of Pakistan have developed thick skins – they do not trust a government that, despite years of international loans and lofty commitments, has been unable to deliver on its promises of social security, of social cohesion, of social hope. Taxes (when rarely collected) have in the past been pocketed by officials, to buy houses on foreign shores, to open bank accounts on islands with limited accountability, to educate their children in private schools, to jettison them away to other nations that have not forsaken their public systems in the name of private gain. Loans from international organizations seek short-term returns, which an education system cannot provide. The returns of education are long-term, and often cannot be monetised accurately.

And so, in response to this environment, the Citizens Foundation was formed in 1995. Civic-minded individuals from across Pakistan came together, in the hopes that their collective effort would make a dent in the deficit of rights that decades of self-interested governments have allowed on their watch. With a network of 1,652 schools spread out across Pakistan, and a minimum of 50% of the enrolment mandated for female youth, their aim is to teach the Pakistani children the message left by the founder of their nation: that the pen is indeed, mightier than the sword.

Until the government of Pakistan has overcome its inability to provide for its people, organisations such as TCF have stepped in to bridge the gaps. Through their schools, they encourage the next generation of Pakistanis to rise above the doctrines of hate and division that so many in the past and present have been forced to seek out, to instead focus on re-writing the narrative of our country, to make it one that we can be proud of, one that allows the next generation, and the generations after it, to prosper. Education is a human right. The youth of Pakistan deserve access to it, for the sake of their humanity and innocence from the transgressions of Pakistani’s of the past.

This is a cause that I have readily committed myself to furthering, and one that I hope you will too. 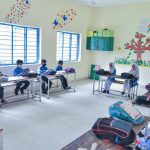 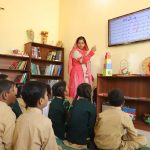 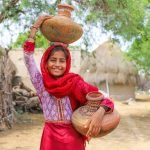 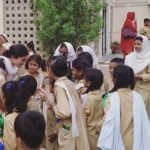